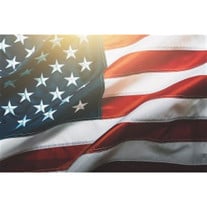 Oden "Butch" S. Burris, age 75, died at home February 22, 2021.  He was the only child of Laton and Mary S. Burris of Stanly County. Oden attended New London School and was a graduate of the first class at North Stanly High School in 1963. In 1966, he joined the Navy, completing his basic training in Great Lakes, IL. He served two tours in Vietnam, stationed on the USS Mommoth County before transferring to the USS Klondike in San Diego, CA.  He made three Pacific cruises serving as Quartermaster 3rd Class, and was also stationed at Sasebo Naval Base, Japan. After leaving the Navy, he remained in San Diego, attending S.D. City College where he earned an Associates of Science degree. He also attended San Diego State University where he earned a Bachelor of Science degree.  He worked for Global Marine Engineering prior to beginning a career with Civil Services.  He was employed at National Marine Fisheries where he worked as a computer programmer.  In 1982, he began working for the Department of the Navy in San Diego as a computer systems engineer.  He retired from Naval Research Development in 1997 after 26 years in civil service. While in San Diego, Oden loved the ocean and the mountains and enjoyed water sports, camping and skiing.  After his retirement, he returned to Stanly County, where he enjoyed his automotive hobbies, computer, and was an avid reader.  Oden will be remembered by his loved ones as a kind, caring, and generous man who was accepting of people without judgement and always giving unconditional love to everyone around him. Survivors include his wife, Linda; two stepdaughters, Julia (Andy) Garrett of Simpsonville, SC and Marian (Amber) Miller of Burlington, VT.  Three step-grandchildren, Brandon Stokes, Austin Stokes, and Katie Stokes Martin and two step-great grandchildren, Raleigh and Hunter. No service will be held, and the family is being served by Stanly Funeral and Cremation Care. The family would like to extend a special thank you to Dr. Induru and the staff at LCI and Hospice of Stanly and Uwharrie. Memorials may be made to the Laton Oden Burris and Mary S. Burris Endowed Scholarship at Pfeiffer University Office of Advancement, PO Box 960, Misenheimer, NC, 28109 or to Hospice of Stanly and Uwharrie, 960 North 1st Street, Albemarle, NC, 28001

Oden "Butch" S. Burris, age 75, died at home February 22, 2021.  He was the only child of Laton and Mary S. Burris of Stanly County. Oden attended New London School and was a graduate of the first class at North Stanly High School in 1963.... View Obituary & Service Information

The family of Oden S. Burris created this Life Tributes page to make it easy to share your memories.

Send flowers to the Burris family.