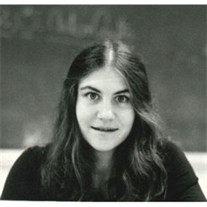 Grey Carle passed away peacefully on 9 January, 2017 She is survived by her loving husband of 43 years, Kevin and her faithful little buddy, "Pepper". ?Mrs. Carle was of the Methodist faith. She was the daughter of the late E.P. Gamewell, and Nancy Lou Isenhour Gamewell of Badin, who survives. Her siblings all survive:Katherine and Paul Williams of Cary,? Paul and Judy Gamewell of Lafayette, Mississippi, and Mark and Lu Gamewell of Faith, NC. Brother and sisters-in-law are Terry ns Susan Carle of Johnson City, Tn., Eric and Kitty Carle of Terrytown, La., William and Debbie Carle of Pahrump,, NV., Mary Pengelly of Durham, NC, Brian Carle of Mooresville, NC, and Amy and Chris Spann of Wilmington, NC. Mrs. Carle?s nephew and nieces are Hunter and Susanna Gamewell of Tallahassee, FL, ,Ginge and Jason Dykes of LaFayette, La., Rachel and Chris Faller of Cary, NC, and Nancy Joanne Gamewell of Faith, NC, David and Jacqueline Carle? of Johnson City, TN,, Christopher and Jessica Carle of Knoxville, TN, Eric Carle ,Jr. of New Orleans, La., Kelly Jarvis of New Orleans, La., Kevin W. Carle of Seattle, WA., and Jackson and Jarrett Spann of Wilmington Grey earned a Bachelors and Master's Degrees in Art Education from the University of North Carolina at Greensboro She retired after 30 years in the studio at East Montgomery High School in Biscoe. One year, her school recognized her as "Teacher of the Year". She was designated a Mentor Teacher for her excellence, and guided new teachers to success in their class rooms. Accomplished in virtually every media, she maintained a private practice, delivering portraiture, sea scapes, photography, jewelry, potter, commercial, and architectural renderings across the Carolinas... Grey was particularly proud of her final series of work, "Animals of the Uhwarries", as befitting her own Cherokee heritage. Recognizing that one hallmark of a great city is an art gallery, Grey was a founding Board member and a President of the Falling Rivers Gallery in Albemarle. Thus, it is requested that a tax deductible donation be made to Falling Rivers Gallery, 119 West Main Street, Albemarle, NC 28001, in memory of Grey Carle. Visitation will be from 5:00 to 7:00, with a worship service at 7:00, on Saturday, January 28, 2017 at Stanly Funeral and Cremation Care, 1835 Badin Road, Albemarle, NC. 28001

Grey Carle passed away peacefully on 9 January, 2017 She is survived by her loving husband of 43 years, Kevin and her faithful little buddy, "Pepper". ?Mrs. Carle was of the Methodist faith. She was the daughter of the late E.P. Gamewell, and... View Obituary & Service Information

The family of Grey Carle created this Life Tributes page to make it easy to share your memories.

Grey Carle passed away peacefully on 9 January, 2017 She is survived...

Send flowers to the Carle family.