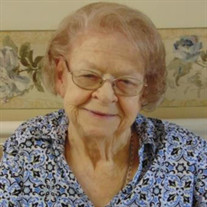 Elizabeth Jane (Breckenridge) Bell died peacefully in her sleep on October 11, 2021. Born April 4, 1939 in Beaver, PA, she was the daughter of the late Herbert Lawrence Breckenridge and Addie Virginia Rardin Breckenridge. She was a devoted wife to John Robert Bell for over 62 years. She was a loving mother to her three sons John M. (Cindy) of Texas, Christopher (Deanna) of Richfield, and Scott (Dina) of Louisiana. In addition to her sons, she is survived by eight grandchildren and four great grandchildren. She was preceded in death by her husband, parents, and sisters Alma Breckenridge and Linda Beightley. A devoted mother, she always put her family and children first. She wanted to be home with her boys when they weren’t in school. She was also a firm believer in giving back to her community, including volunteer work. While in Colorado, she helped establish the Meals on Wheels program to provide meals to the elderly and home-bound and also mentored at-risk teenage girls. In Chicago, she helped establish a clothing closet for those in need. She volunteered extensively with the local schools and loved working with children. Elizabeth definitely believed in the power of prayer and experienced many blessings and miracles first hand. As a member of the Episcopal Church, she and her husband served as lay pastors in multiple congregations. The “Blessing of the Bikes” service introduced them to so many young people they might not have ever met. And because animals were so near and dear to her heart, the “Blessing of the Animals” services were always a special treat, especially the horses. In addition to Pennsylvania, she lived in Chicago, California, Colorado, Missouri, Arizona, Maryland and New York. She and her husband moved to Albemarle about 15 years ago to escape the snow in Colorado and to be closer to their son and his family. They fell in love with the city and its people and made it home. She had a soft spot for animals, especially kitties. She fed and cared for many of Albemarle’s kitties without homes, including paying for their vet bills to keep them well and to prevent future kittens. The kitties were her other children. In lieu of flowers, the family request donations be made to an animal rescue organization of your choice. Stanly Funeral Home is assisting the family. Arrangements have not been made at this time.

Elizabeth Jane (Breckenridge) Bell died peacefully in her sleep on October 11, 2021. Born April 4, 1939 in Beaver, PA, she was the daughter of the late Herbert Lawrence Breckenridge and Addie Virginia Rardin Breckenridge. She was a devoted... View Obituary & Service Information

The family of Elizabeth Breckenridge Bell created this Life Tributes page to make it easy to share your memories.

Send flowers to the Bell family.