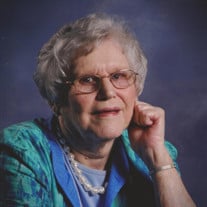 Born April 26, 1930, to Katherine Smith and Robert McCombs of Kannapolis, Betty Mauldin passed into God’s loving arms on Aug 20, 2021, in Athens GA, aged 91. Upon graduation from Cabarrus School of Nursing in 1951 Betty married Stanly County native G. Frank Mauldin and began her nursing career in New Jersey where her husband was serving in the US Army. Upon their return to Albemarle in 1953 Betty spent 40 years at Stanly Hospital, first as a surgical care nurse, then later transferring to the newly opened Cardiac Intensive Care Unit. As a most devoted and caring nurse, many of her patients’ families remembered her decades after her retirement. In addition to her nursing career, Betty was a loving mother to her two daughters, traveled the world with family and friends and upon retirement became an avid RummyKub player and participant in water aerobics. Betty was baptized, confirmed and married at Kimballs Lutheran Church in Kannapolis NC. After marrying, Betty followed her husband to West Albemarle Baptist Church where she was an active member for more than 65 years. Betty was preceded in death by her parents, her husband of 45 years, her sister Jackie Reynolds of Charlotte, her sister-in-law Grace Mauldin whom she claimed as a sister, her cherished friend Pete Whitley and many treasured friends. She is survived by her daughters, Teresa Mauldin (Jack Pannecoucke) of Athens GA and Susan Welch (Patrick) of Burke VA; two brothers, Robert Earl McCombs Jr., of Greenwood SC and Dale McCombs of China Grove; an uncle, Lee Smith of Kannapolis, numerous nieces and nephews and several dear friends. The family sends special thanks for the loving care administered to Betty during her last months by St. Mary’s Hospice Nurse and Aide, Cindy Harrish and Chauntea Haynes; and in-home care givers Deborah Smith and Fredna Cannon. These four women were a tremendous blessing to Betty and her family. In lieu of flowers, please send memorial donations to: West Albemarle Baptist Church--Youth-Sid Talbert Memorial Fund, Albemarle YMCA, American Heart Association, and St Mary’s Hospice, 1021 Jamestown Blvd, Suite 215, Watkinsville, GA 30677. A graveside service will be held on Friday, August 27th 11 AM at Fairview Memorial Park Cemetery in Albemarle, NC. Due to the Delta variant of Covid-19 the family request that attendees social distance and take other precautions to protect themselves and others.

The family of Betty McCombs Mauldin created this Life Tributes page to make it easy to share your memories.

Send flowers to the Mauldin family.